The Los Angeles Cupcake Challenge… oh my sweetness! We arrived at the Renaissance Hollywood Hotel and stepped into the grand ballroom filled from wall-to-wall with cupcakes. We were greeted by the Nesquik Bunny who offered us a choice of chocolate or strawberry milk to gulp down with our cupcakes. Of course we chose chocolate and we were off to the races! Well… it wasn’t really a race, but I certainly felt the tug of each bakery’s yummy display pulling me around the room. We visited the first three bakeries and instantly found three favorites…Pina Colada, Dulce de Leche, and Think Pink! We weren’t sure if it could get any better, but we quickly found that the room was filled with favorites… White Chocolate Macadamia, Gingerbread, Sweet Potato Pie, Pineapple Goes Coconut, and Peanut Butter & Jelly! You know that feeling you get when you’ve gone on a rollercoaster one too many times? That’s how I felt after about 10 cupcakes! I felt lightheaded and a bit queezy so we slowed our pace, took tons of pictures, and drank lots of water. After a few more cupcakes I knew I couldn’t take anymore so we began collecting cupcakes to bring home and try later. You wanna see our mouth-watering treats? Everything from the traditional red velvet, chocolate, and vanilla treats to the unique flavors of peanut butter & jelly, chocolate malted milkshake, and sweet pototo pie! So many of the bakeries had such *cute* displays and I couldn’t help snapping photos. I was especially drawn to the Cuppielove display. Of course, with cuppie in the name it was love at first sight! *grin* The yummy red velvet cupcakes were baked inside condiment cups with a dollop of vanilla frosting and a little blue heart adorning the top! The display was so simple and inviting and the cupcakes were absolutely delicious! So are you curious our votes? Jon and I were basically in agreement, but I’ll tell you my favorites:

1st Place: Peanut Butter & Jelly by Oinkster/Boho (I know… it sounds completely weird and kinda gross, but you can’t knock it ’till you try it! It is absolutely delicious!)

2nd Place: Dulce de Leche by Polkatots… the touch of caramel filling and the moist cake won me over on this one!

3rd Place: Pina Colada by Fairy Cakes… almost as good as the actual drink! The toasted coconut and delicious frosting made this one an instant favorite.

Everyone’s votes should be tallied soon so I’ll give you a report of the overall favorites once I hear from the event coordinator! It was soooo tough to vote for just three top favorites so I wanted to give a shout out to some of my other favs: White Chocolate Macadamia from Two Parts Sugar, Sweet Potato Pie from Southern Girl, and Gingerbread from Melli Belli. All in all, it was a delicious day of cupcake tasting that my tastebuds won’t soon forget! 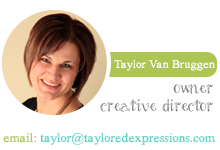