We finally made it! Jon and I got into Des Moines on Thursday night at about the same time although I left three days after Jon did! I definitely owe a lot to Jon and his dad for driving out here. Normally it wouldn’t have been too bad, but it seems the trip was cursed from the beginning. We spent a painstaking 7-8 hours packing our 25 ft. Penske truck on Monday. We took special care to make sure the boxes marked fragile were on top of the pile, our furniture was tied down, and all of our picture frames were well-padded with not an inch to spare. We woke up the next morning and Jon and his dad got on the road about 9am. I got a call from Jon at noon that the truck had broken down in the middle of the desert… temperature 110 degrees. They waited at a rest area for several hours until a technician showed up to check out the truck and tell them it was no longer safe to drive. Then they waited another 8 hours for a replacement truck to arrive. And that’s not the worst of it. When the replacement truck arrived they were up until 3:30am unloading the contents from the first truck (the one we had painstakingly loaded the day before) and re-loading them into the new truck. When that was finished they headed to a hotel to get a few hours of sleep. You’re probably wondering where the cats were during all of this commotion. We had given them a sedative (from our vet) before they left that morning so they slept in the air conditioned car all day. When Jon got back to the hotel that night he let the cats out of their carriers to stretch, eat, use the litter box, etc. They fell asleep for a few hours and got up early to get out on the road again. Before they could leave they went to put the cats back in their carriers, but Skitters was nowhere to be found. I got a frantic call from Jon early on Wednesday morning that Skitters was gone. They had looked everywhere inside the hotel room, walked all around the hotel shouting his name and shaking food in his dish. He said they had to get on the road and didn’t know what to do. I was bawling…. my little baby was lost in the desert! I hung up the phone and called my mom to comfort me. My mom always knows what to say, but she was silent on the other end of the line. During our silent “conversation” the call waiting buzzed on my cell phone. It was Jon calling back. I switched over and with relief in his voice he said, “We found him.” Of course I wanted to know where they found him. Skitters (being true to his name) had gotten scared during the night. He’s a 22 lb. cat, but he had somehow managed to crawl into a 3” space underneath the dresser. After making it under the dresser he climbed up behind the dresser drawers and was perched in there. In a last ditch effort, Jon had decided to take the drawers out of the dresser and that’s how he found Skitters. I wish he had taken a picture, but he was so relieved just to pull him out of there. Skitters wasn’t responding to the offer of food or calling his name because Jon had given him another sedative before they fell asleep a few hours earlier so they would be ready for a full day of driving. I still get a little shaken up thinking about the whole situation. I’m just so glad they both made it safely… in fact, Morris is cuddling in my lap right now.

Luckily, the rest of the trip was uneventful. The truck didn’t break down, the cats didn’t get lost, and they were able to make good time on the road. Jon took some beautiful pictures along the way. He loved driving through Colorado and you can see why: And Utah was very pretty too: You can imagine you’d be pretty bored stuck at a rest area in the middle of the desert for 10 hours. I think these pictures show the level of boredom….lol. Jon photographed this clever crow who found a cup full of discarded sunflower seeds. It picked up the cup in its claws, landed on the post, and propped the cup against the post while it ate the seeds. We’re staying in Jon’s sister’s basement with our cats for four days. We close escrow on Monday and then take possession on Tuesday when we’ll finally be able to unload our life from the Penske truck! I can hardly wait! Today we’re heading to the local 4th of July parades and perhaps the farmers market. I hope you all have a wonderful day celebrating our independence! I know Jon and I are so grateful to our military who has made and will continue to make such great sacrifice so that we can experience freedom. Have a wonderful weekend! I’ll keep you updated as we move into our new digs next week! 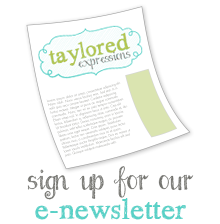 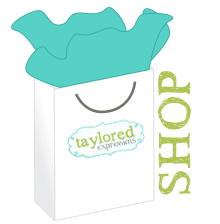